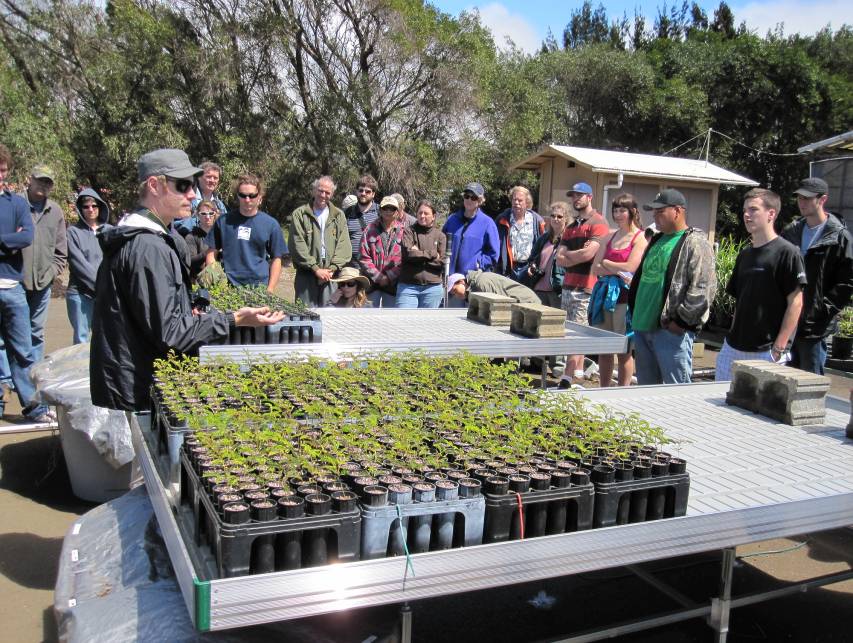 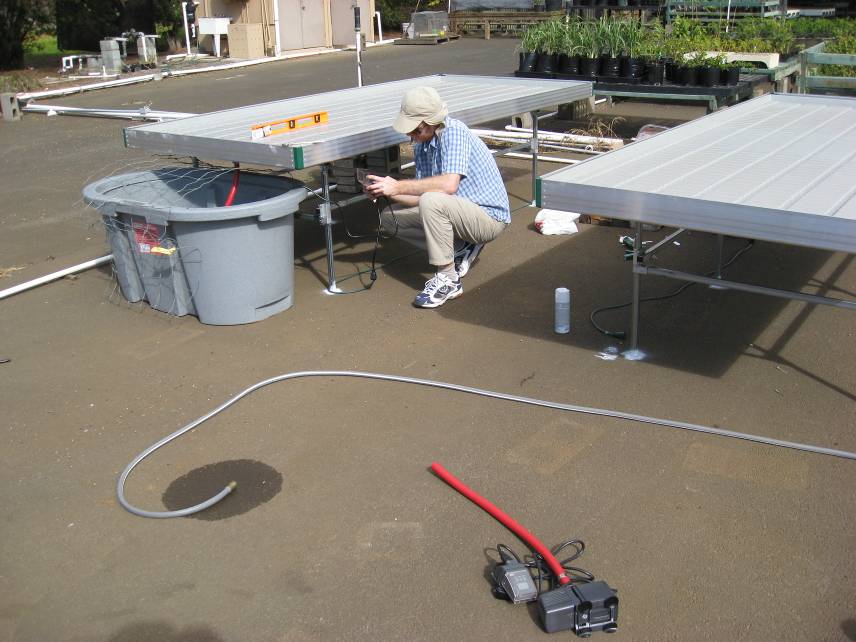 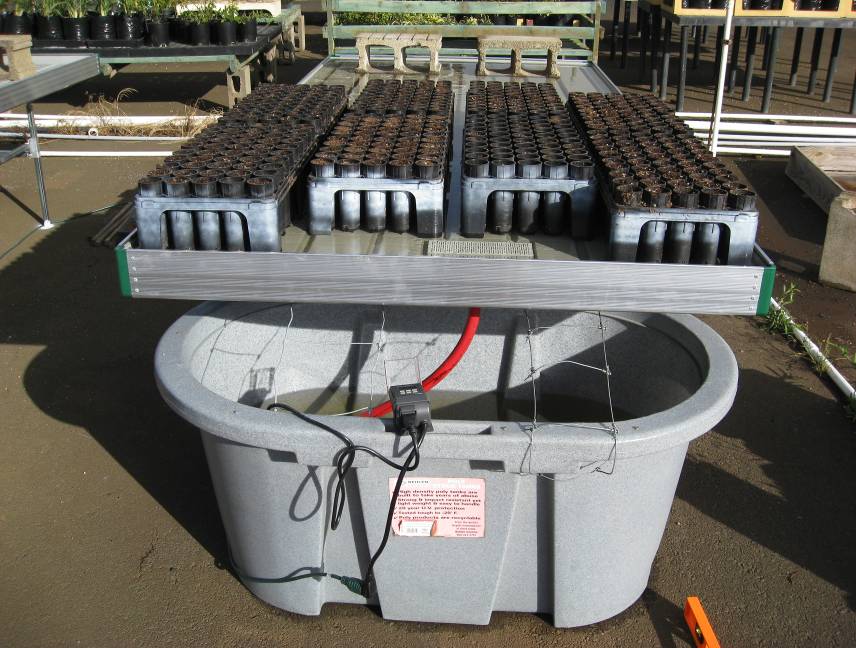 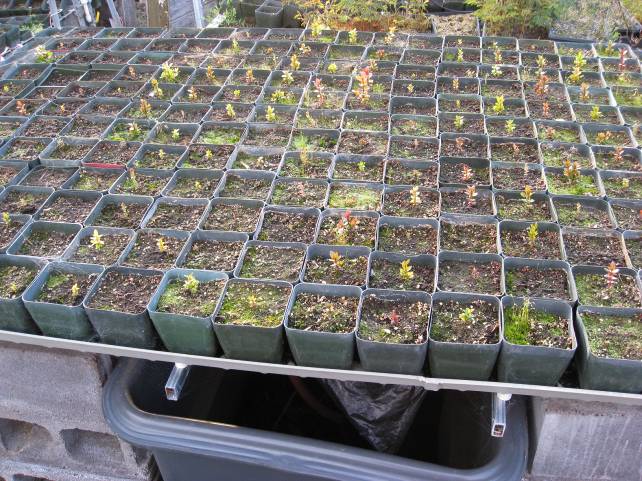 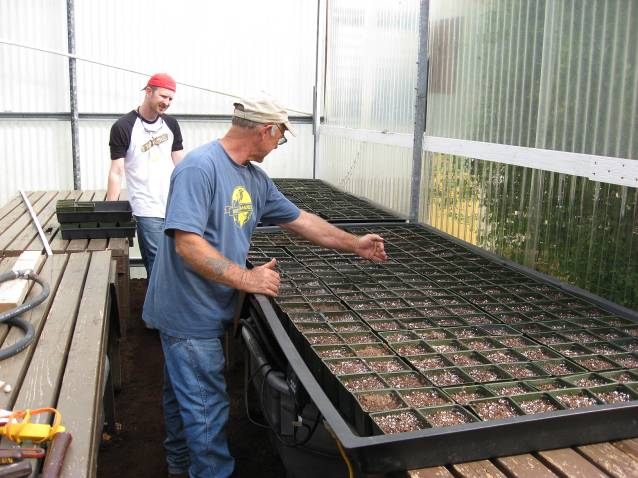 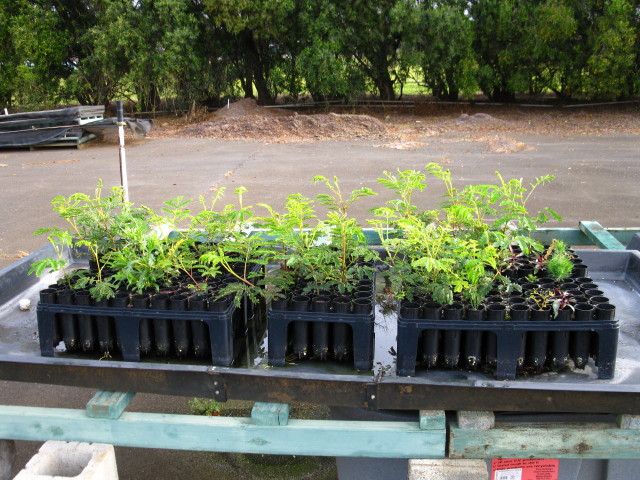 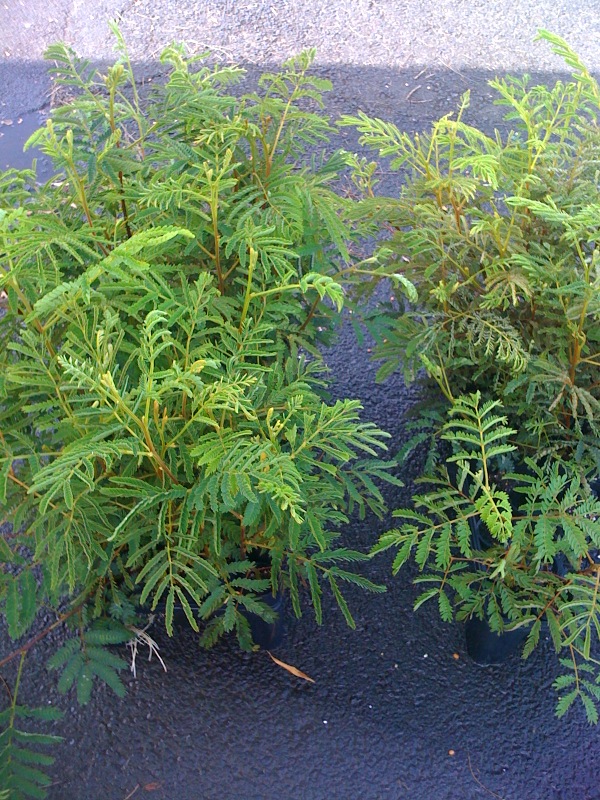 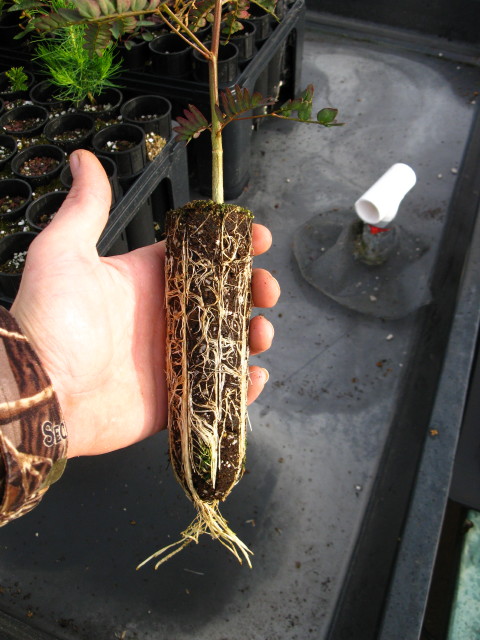 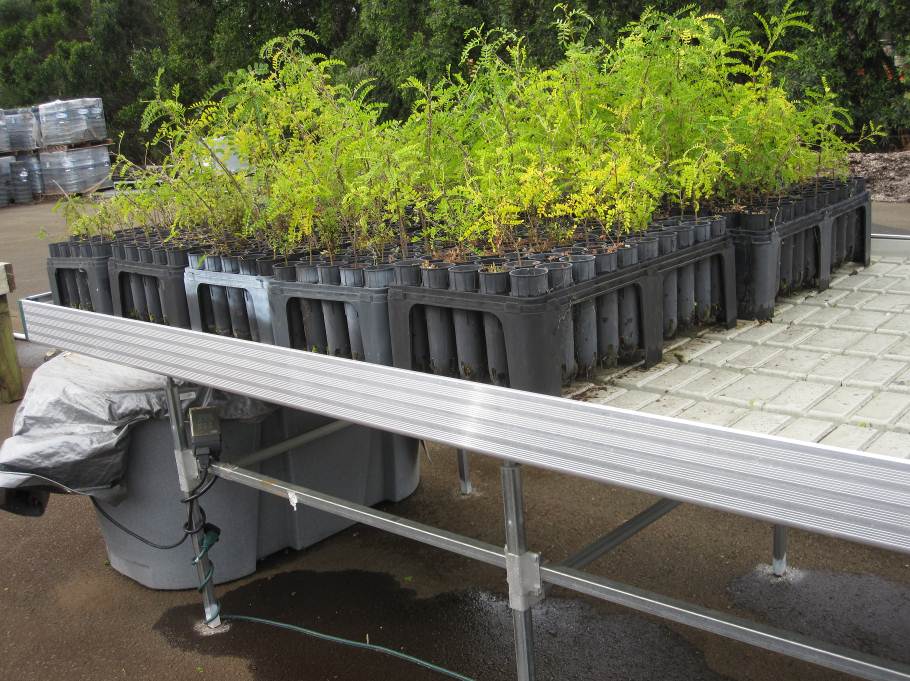 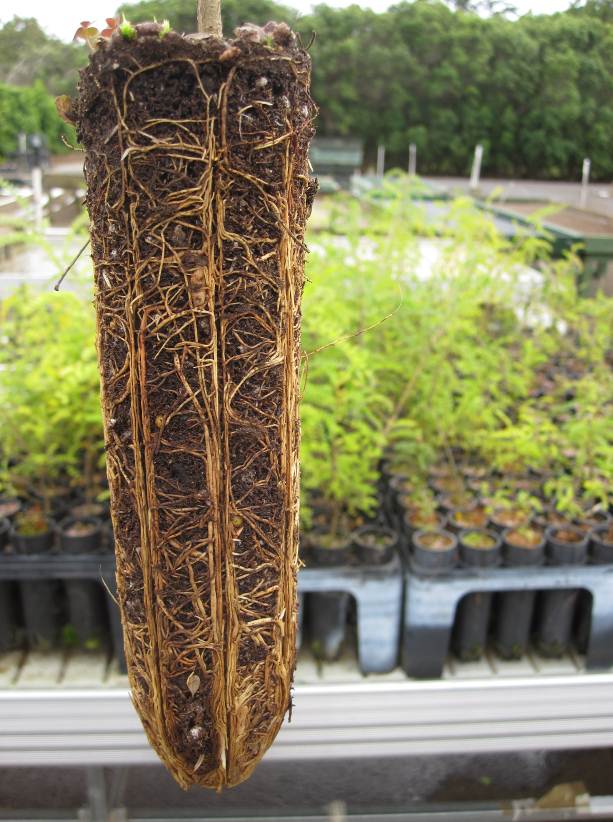 The purpose of this demonstration project was to test the use of a scientifically-proven irrigation technology known as sub-irrigation for native plant nursery production for forest restoration programs in Hawaii. This technology greatly reduces irrigation water consumption because water is recycled in a closed-system instead of being released as runoff. It also reduces the amount of fertilizer entering the environment as runoff from nursery operations.

We established subirrigation demonstration at three nurseries on the Island of Hawaii: Waimea State Tree Nursery, Hakalau Forest National Wildlife Refuge Native Plant Nursery, and the Kulani Prison Native Plant Nursery. At these nurseries, we successfully grew three native forest tree species: koa (Acacia koa), ohia (Metosiderous polymorpha), and mamane (Sophora chrysophylla). After growing in the nursery to plantable size, seedlings produced in our subirrigation trials were outplanted into various demonstration field plots on the windward slope of Mauna Kea on the Island of Hawaii. We monitored development (growth and survival) of seedlings in demonstration plots over time. These data confirmed that, in all cases, subirrigated seedlings performed as well as or better than those produced under overhead irrigation.  This indicates that subirrigation can be used to produce high quality plants for forest restoration in Hawaii, while simultaneously allowing for potential reductions in water use and wastewater discharge during nursery culture.

To bring this technology to a wider audience, we held workshops for nursery managers and technicians at each of the three participating nurseries during various stages of the project.  Additionally, we organized a 2-day workshop in March, 2010 at the USDA Forest Service Institute of Pacific Islands Forestry, Pacific Southwest Research Station that was attended by a capacity crowd of more than 50 nursery and land managers. The first day of this workshop included several presentations of our subirrigation demonstration trials. On the second day, we visited nurseries and conducted field tours to directly demonstrate the methods and results of our subirrigation trials. We presented results from these trials at the Nāhelehele Dryland Forest Symposium in February 2011 in Kailua-Kona.

Based at least partly on our current efforts, subirrigation systems have recently been adopted at several nurseries in Hawaii including Hakalau Forest National Wildlife Refuge Native Plant Nursery, the Kulani Prison Native Plant Nursery (recently closed), Ulupalakua Ranch (Maui), and Native Nursery (Maui). Several additional nurseries and management organizations have requested assistance from us in development of subirrigation systems for their operations.

Our group has written  two extension publications that are available online at Native Plants Journal http://www.nativeplantnetwork.org/journal