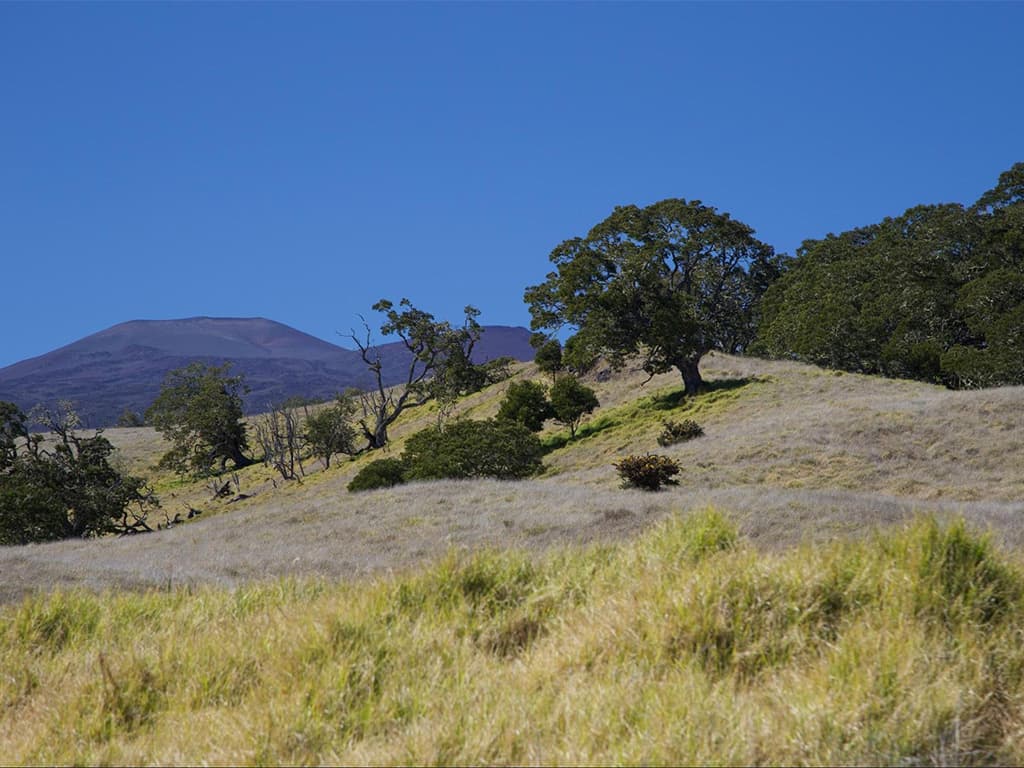 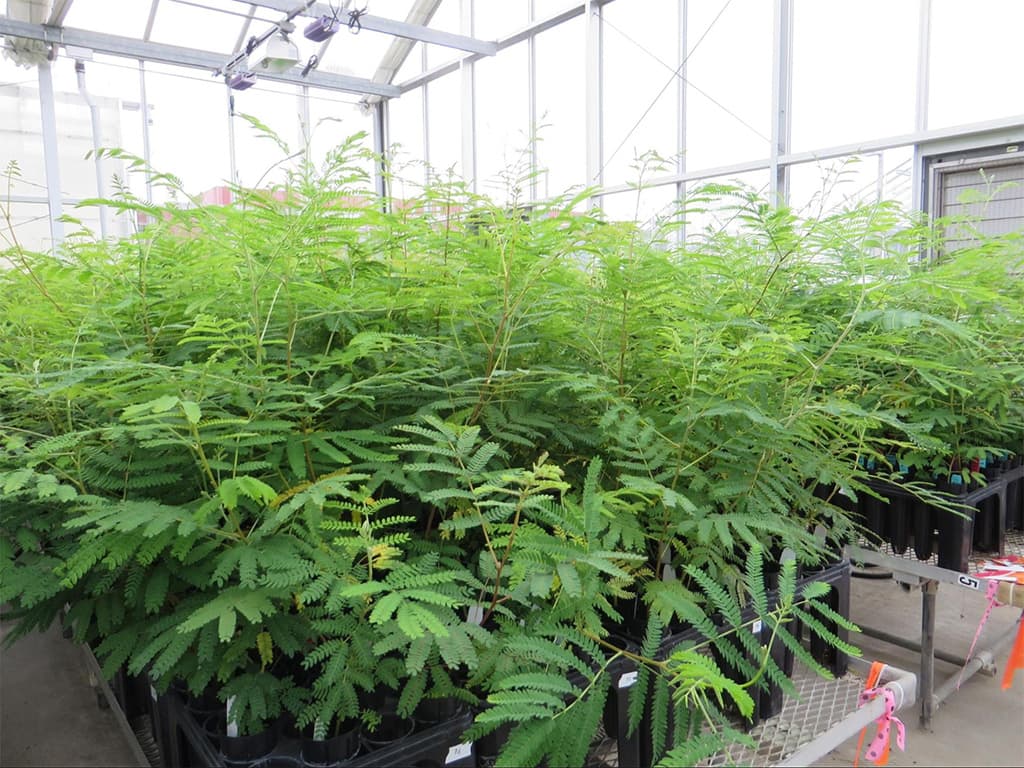 Dr. Anna Sugiyama studied intraspecific variation of Acacia koa as part of her post-doctoral research. Specifically, she tested for (1) intraspecific tradeoffs in functional traits, (2) local adaptation and phenotypic plasticity, (3) whether adult traits can predict seedling performance. Leaf samples were collected from 39 trees and with help from researchers at the USDA Forest Service Institute of Pacific Islands Forestry, leaf size/area data were obtained. Seeds from 17 of those trees were collected and seeds from another 23 trees from the Tropical HTIRC seed library were added to the study. Seedlings were germinated from these seeds in growth chambers under three conditions (“low elevation”, “high elevation”, and “future climate change scenario”) and greenhouse, subset of which were also moved to these growth chambers to determine local adaptation and phenotypic plasticity.

In 2019, she continued to grow seedlings in the three growth chambers and greenhouse until she recorded seedling growth, survival, development (e.g., phyllodes, nodules from rhizobia) destructively harvested all the plants (N > 2000) for leaf and stem measurements at the end of the study in August.  She conducted three stress tests, cold tolerance tests, drought tolerant tests, and heat tests on all mother trees with at least five healthy seedlings. When phyllodes were available, she tested on both leaves and phyllodes.  Anna started a faculty position at University of Hawaiʻi at Mānoa in August. A 636-page data set is now all digitalized but she is currently cleaning and analyzing data, while also juggling her responsibilities in her new job.

As part of her post-doctoral research, Dr. Indira Paudel examined interactions of koa seedlings collected from three elevations (1017, 4002, and 6463 ft) with varying levels of light and nitrogen in wet and dry soils. She hypothesized that populations from dissimilar environments have evolved distinct functional traits due to local adaptation. Adaptive plasticity in functional traits will thus determine seedling performance to co-limitation of multiple resources, and seedlings will perform better when growing in environments best matched to their seed source environments. Koa seedlings from three windward seed sources [low (L), mid (M)-, and high-elevation (H)] were grown across light and nitrogen treatments in wet and dry substrate conditions. Light response curves and gas exchange, water and nitrogen status, resource use efficiency, shoot non-structural carbohydrate, and growth, including biomass allocations, were quantified. In 2019, she continued to analyze and interpret her data and has produced a draft manuscript to be submitted for publication in an international journal.  Thus, the full results will be available in 2020.  Preliminary results indicate that as hypothesized, seedling response to co-limitation of resources depended on seed source. This data can ultimately be used to aid in the development of ecotype-based seed zones for koa restoration.