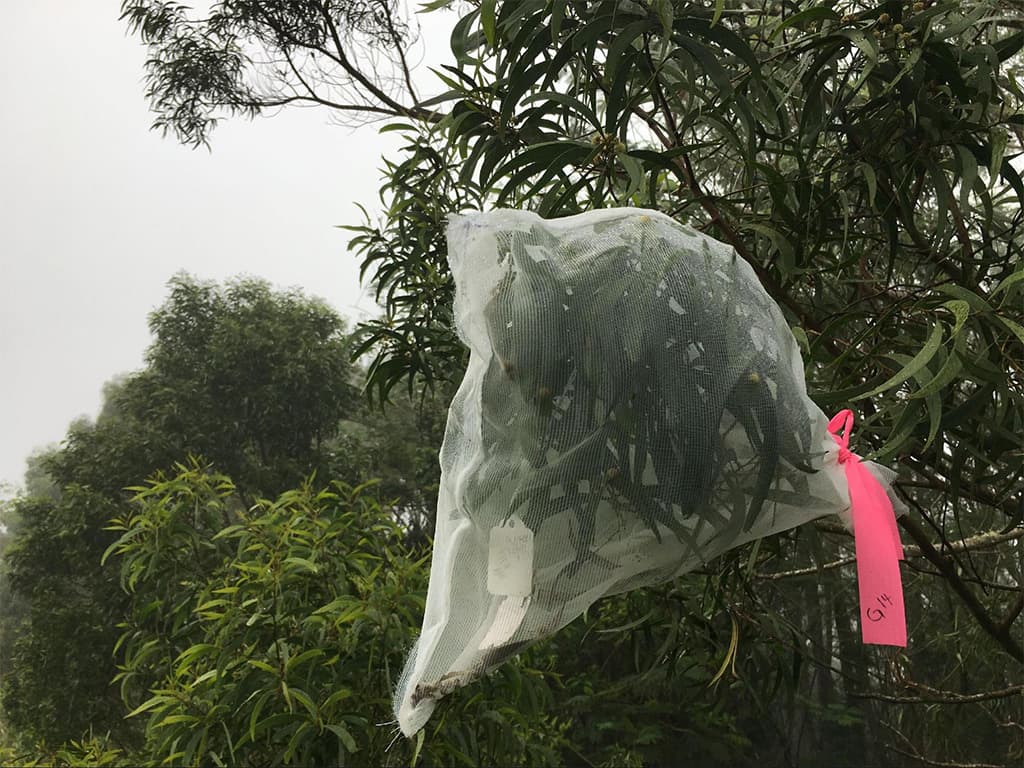 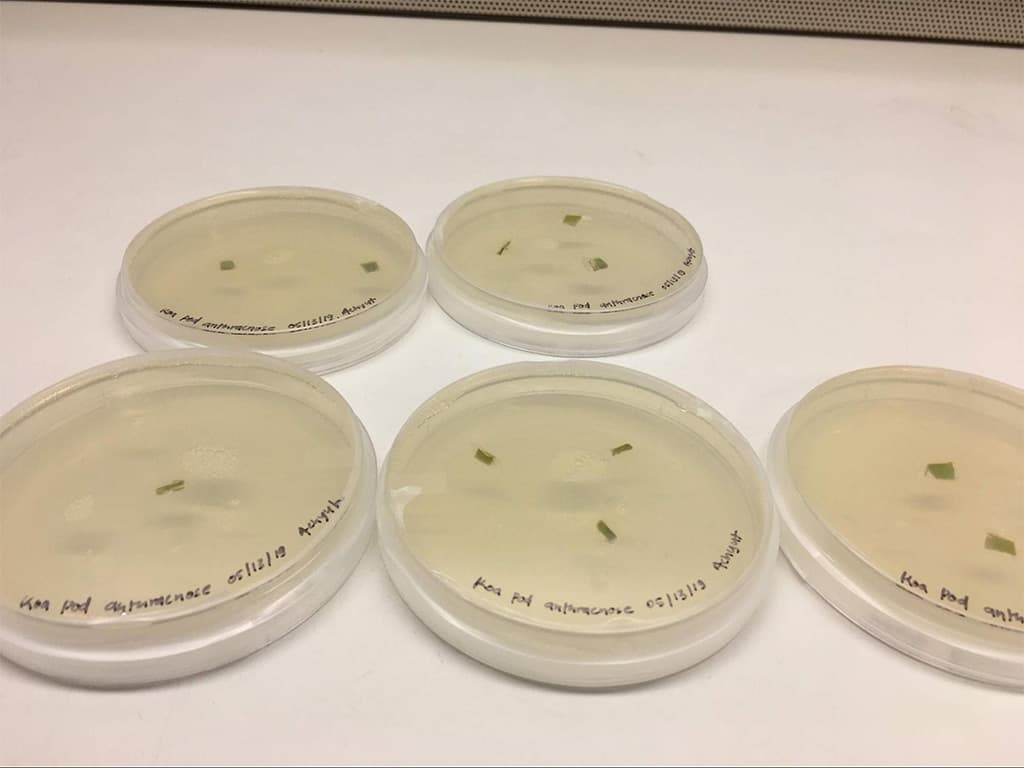 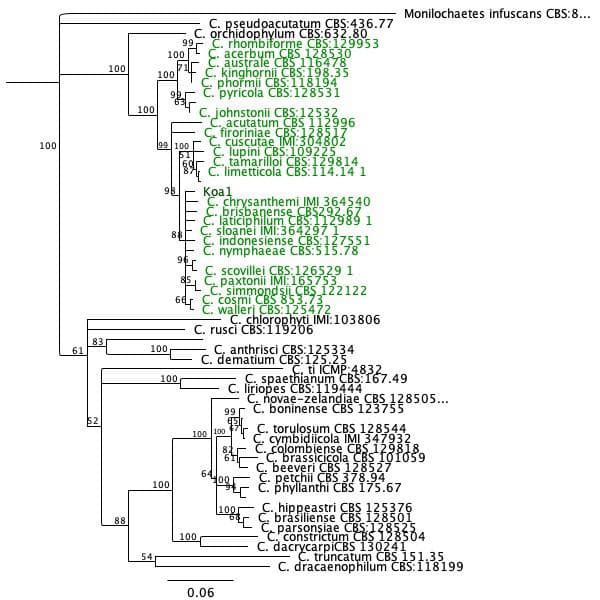 Acacia koa flowers covered with meshed bags to isolate them from pollinators before and after hand cross pollination. (1)

Position of fungus extracted from Acacia koa pods with anthracnose on Colletotrichum phylogeny. It is nested in a major polytomy of C. acutatum clade. (3)

For his Master’s thesis research at the University of Hawai‘i at Mānoa, Achyut Raj Adhikari is studying two fungal diseases of Acacia koa. The first study involves koa wilt disease resistance breeding. In 2019, he conducted a full diallel cross among 5 families of Acacia koa. The full-sib F1 families obtained from the crosses are being screened for the expression of chitinase genes, AkChitI, AkChitII, AkChitIII and AkChitIV at three different time points after inoculation using quantitative Reverse Transcription PCR. He is comparing the expression levels of these genes with one resistant and one susceptible check identified by a previous study.

Achyut is also working on identification of the causal agent of anthracnose in Acacia koa seed pods. For this project, he isolated a pure culture of Colletotrichum spp. from a diseased sample, followed by a phylogenetic study using four fungal genes. The preliminary results from phylogenetic trees have provided evidence for the new fungus to belong to the C. acutatum clade of the Colletotrichum genus. Currently, he is working on Koch’s postulates and morphological characterization of the fungus to obtain further information.