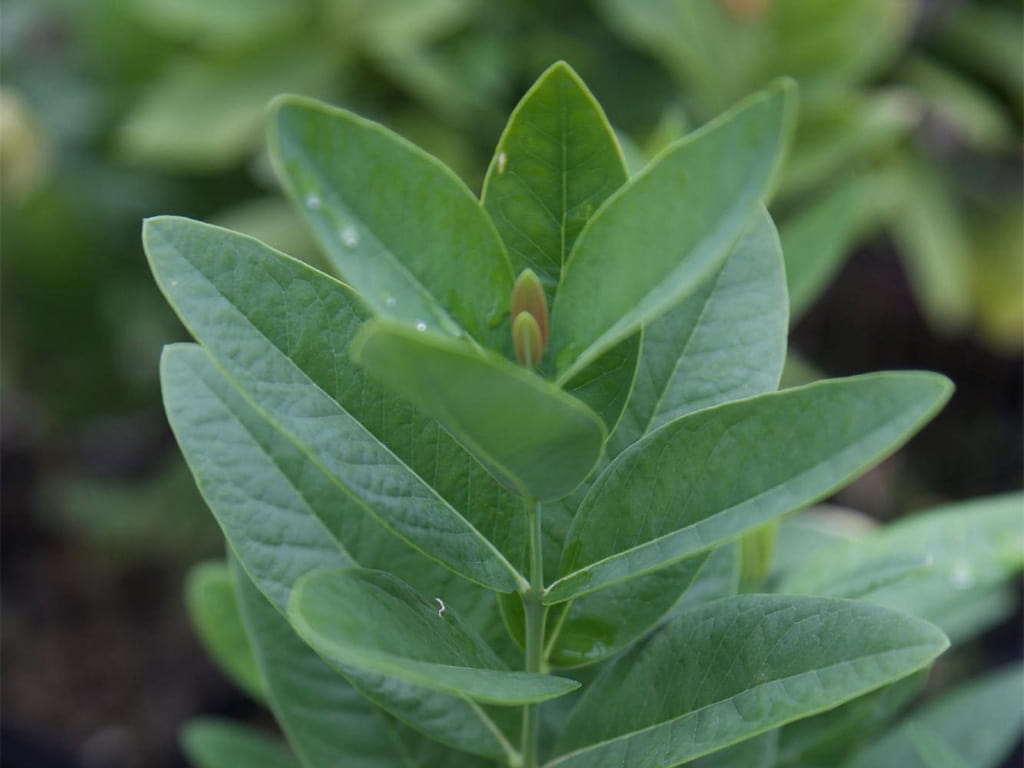 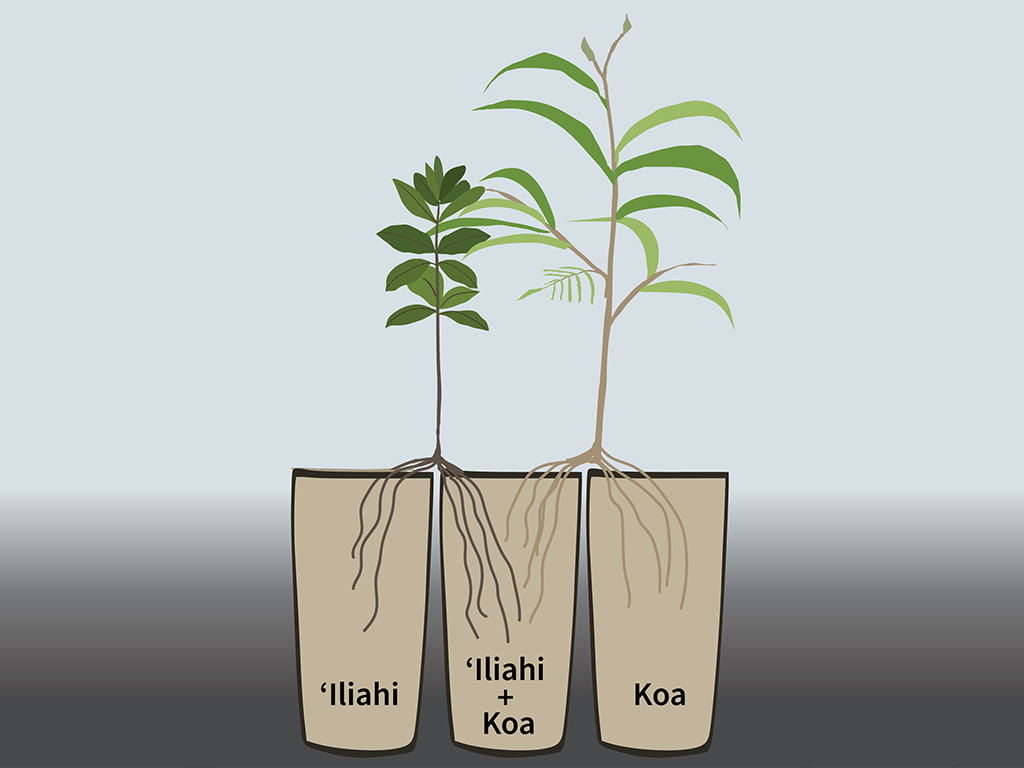 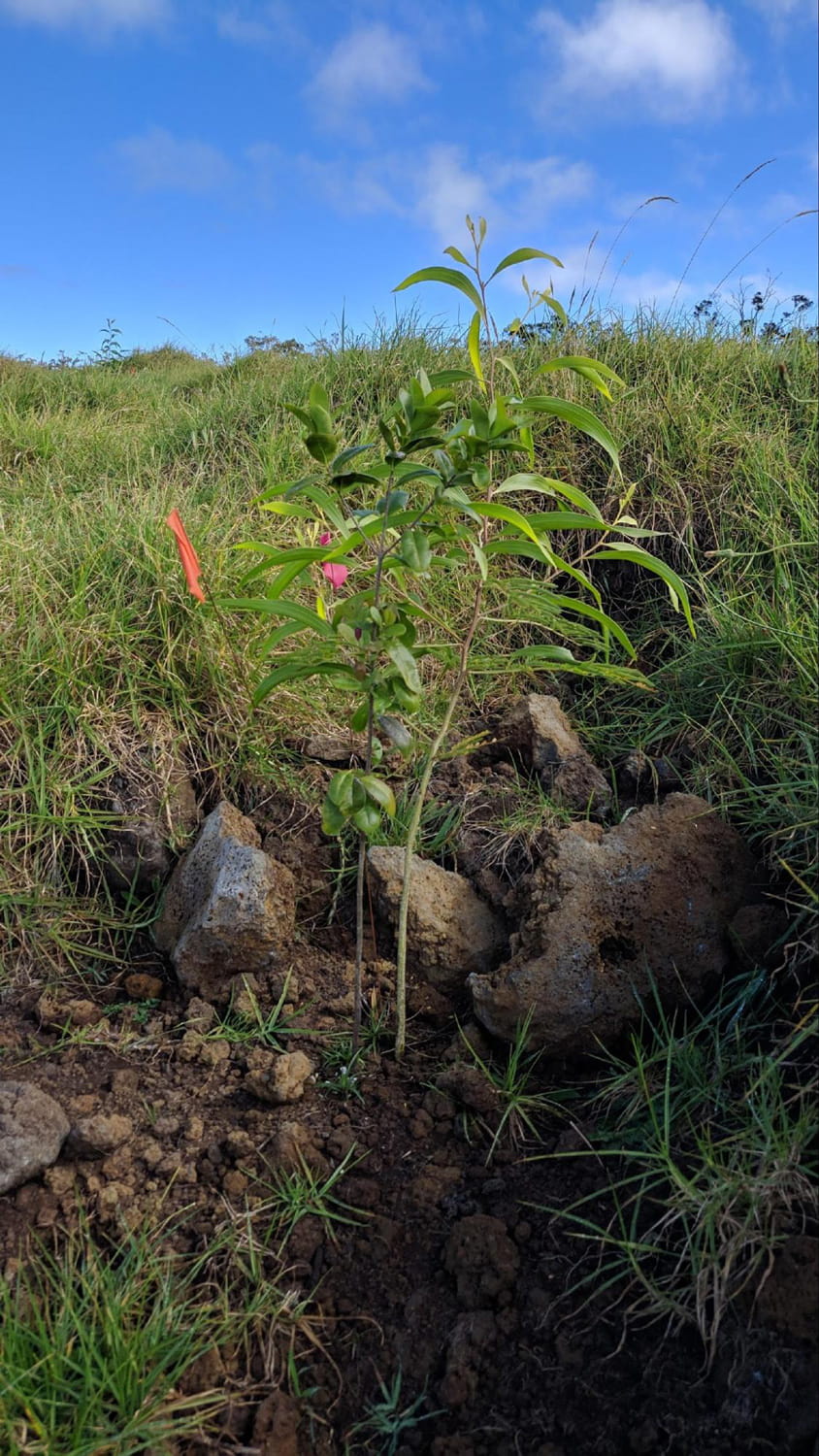 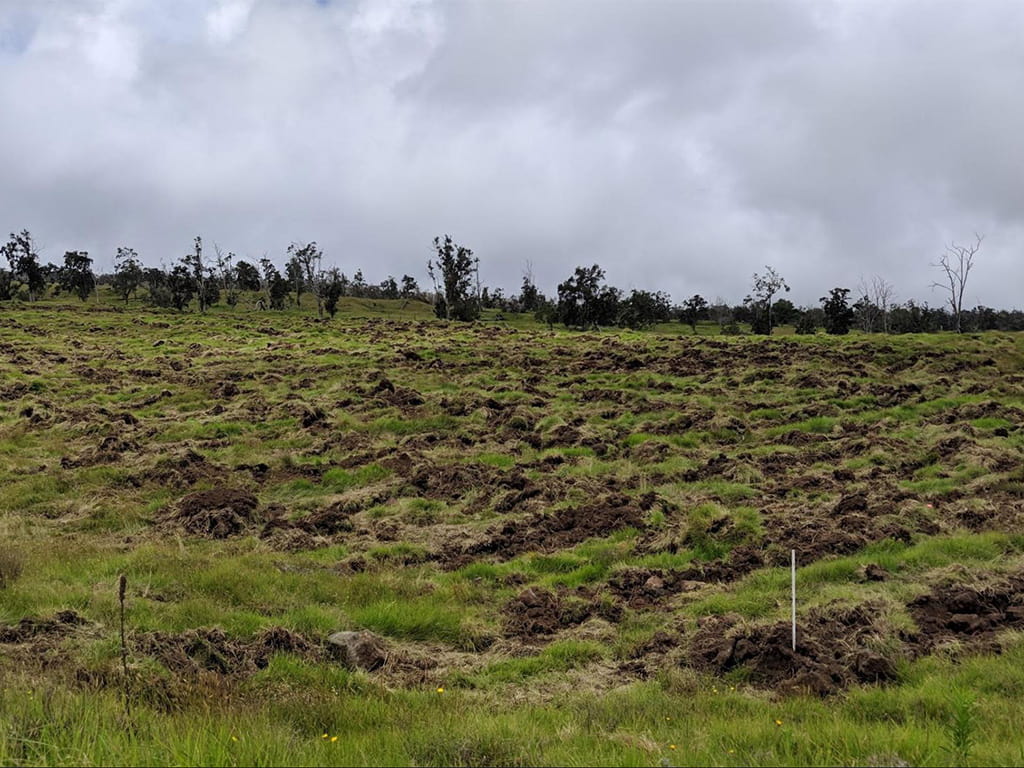 Approximately 16 sandalwood species (Santalum spp.) occur worldwide and at least four sandalwood species and several varieties are native to the Hawaiian Islands, where it is known as ‘iliahi. ʻIliahi is economically and culturally important because of the heartwood’s aromatic essential oil and high value wood for carving. During the early 19th Century, Hawaiian sandalwood was heavily exploited until supplies were depleted. Two species are now relatively common, including S. paniculatum, which is the only species commercially harvested on a limited scale; however, the species have not regained their former abundance or size.

There is increasing interest in restoration and commercial management of native Hawaiian sandalwood. The aim is to demonstrate that ʻiliahi can be harvested sustainably by ensuring adequate regeneration and responsible forestry practices. Yet, a lack of fundamental knowledge of the biology and ecology of Hawaiian sandalwoods limits managers in their attempts to project outcomes and have confidence in the sustainability of management practices. Sandalwoods are particularly complex because they are hemi-parasitic, meaning that individuals can photosynthesize, yet require host plants to acquire resources for long-term survival. Thus, it is necessary to either interplant ʻiliahi alongside other plant species to act as hosts or underplant among already established hosts.

In this new project, we are working collaboratively on several research phases to answer questions that will help to develop effective management recommendations through a deeper understanding of the mechanisms by which ʻiliahi acts as a parasite to acquire resources from host species, and how this interaction varies across site environments.

ʻIliahi-host plant interactions – Several native Hawaiian species have been recommended to serve as host plant species. However, the optimum spacing and layout of ʻiliahi and secondary hosts is unknown. As part of his summer Research Scientist position, Kyle Rose led the establishment of a field experiment in June 2019 at Kealakekua Mountain Reserve to assess the establishment success of ʻiliahi in relation to host plant species and planting density. Two host plant species (koa and a‘ali‘i) were planted in June 2019 at four distances from the planted ʻiliahi (adjacent, 0.5, 1, and 2 m). A control was included, where ʻiliahi was planted without a host plant. The experiment was established as a completely randomized design with 40 replicates (individual trees) per treatment (9 treatments Å~ 40 reps = 360 total ʻiliahi trees). The total number of trees planted within the study area was 720 (360 ʻiliahi + 320 koa/a‘ali‘i + 40 koa buffer trees).

Baseline measurements for seedling morphology and leaf nutrient status were performed at the time of planting. Six months after planting (December 2019), seedling survival and morphology were recorded. Overall, ʻiliahi experienced 90 % survival with minimal differences as to which host species (koa, a‘ali‘i, or control) or distance (adjacent, 0.5, 1, and 2 m) affected survival. Relative diameter and height growth did not vary significantly among the treatments after 6 months. Future data collection of survival, growth, moisture, and nutrient status will help to further elucidate trends. Results from this phase will aid in the development of prescriptions to create compatible ‘iliahi and host species plantation designs.

As part of her PhD studies at the University of Hawai‘i at Mānoa, Emily Thyroff is designing a set of greenhouse and field experiments for 2020 to better understand relationships between ‘iliahi and co-occurring native forest tree species:

Three-pot experiment – This study will be designed to better understand ‘iliahi-host plant interactions in controlling acquisition of water and nutrients. For sandalwood species native to other regions, it is hypothesized that water and nitrogen are important resources acquired from host plant species, but it is unclear whether carbohydrates are also exchanged. Thus, this study will help to provide fundamental knowledge on the role of water and nutrient transfer in Hawaiian ‘iliahi, while also helping to improve global understanding of carbohydrate exchange in sandalwood.

Thinning koa and underplanting ʻiliahi – Koa is commonly planted in single-aged stands across Hawai‘i, often as a first step in reforestation and restoration plantings, but also to serve as a commercial plantation with economic goals. These stands should be pre-commercially thinned to achieve maximum forest productivity. The resulting overstory gaps provide an opportunity to diversify initial planting efforts by enriching the site with other native Hawaiian plants, such as ʻiliahi. Furthermore, established overstory and neighboring hosts may increase the probability that planted ʻiliahi will develop early, and abundant, hemiparastic connections. In this study to be installed in 2020, established koa stands will be thinned at different intensities to create varying overstory gap sizes in which to underplant ʻiliahi. In addition to testing overstory structure effects on seedling performance, gas exchange will be captured to create light response curves and better elucidate which management practices will yield high performing ‘iliahi.