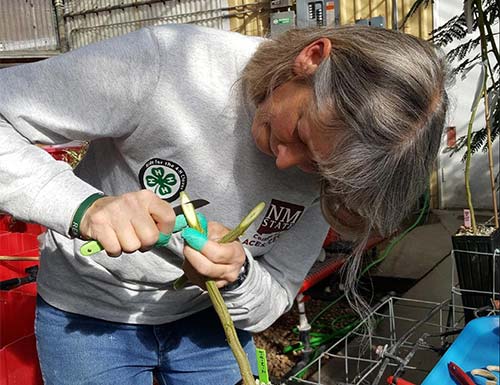 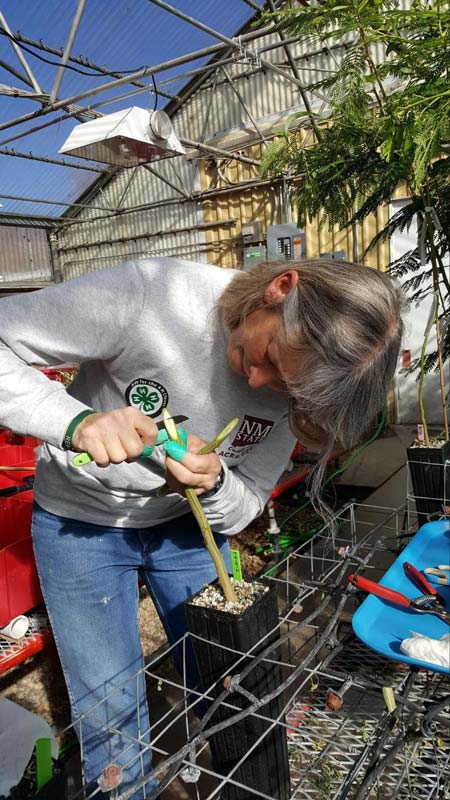 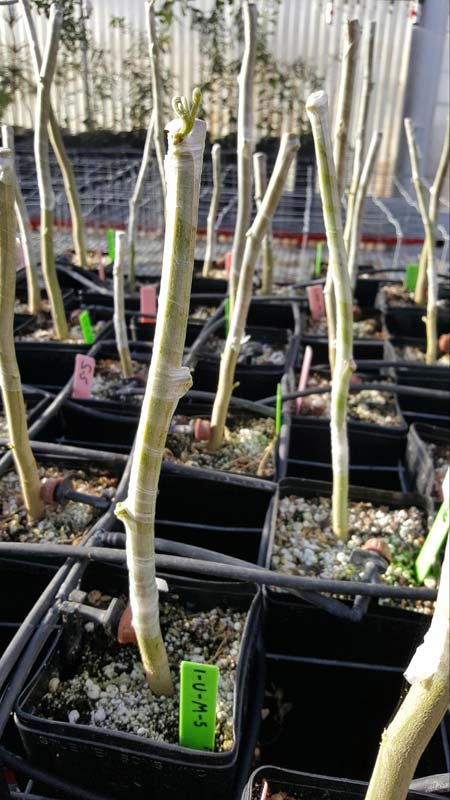 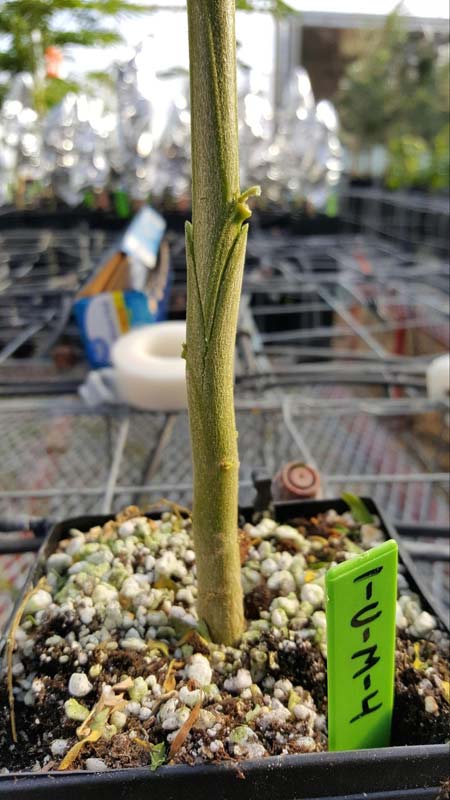 Successful tree improvement programs rely on the ability to screen, select, and breed for specific traits. The speed at which a program achieves its goals is often increased with the help of asexual, vegetative propagation, usually in the form of rooting or grafting. In the case of Acacia koa (koa), the speed and success of koa breeding efforts to select for koa wilt (Fusarium oxysporum) resistance (Gardner 1980, Dudley et al. 2007), frost tolerance (Scowcroft & Jeffery 1999), tree form (Scowcroft et al. 2010), and wood qualities can be improved with the development of reliable techniques for both experts and novices to graft koa. Nevertheless, past efforts to develop these techniques have either proven unsuccessful (Skolmen 1978) or suited to only the smallest root and scion stocks (Nelson 2006).

In order to address this important knowledge gap, a grafting study was begun in July 2018 at the New Mexico State University John T. Harrington Forestry Research Center in Mora, NM. This study built on a pilot koa grafting study conducted at Purdue University in 2016 (Earnshaw & McKenna 2018). These methods stipulate that all leaves from the scion and rootstock are removed, the number of buds on the scion is limited to three, the grafting union is joined using Buddy Tape (Aglis Corp., Yame City, Fukuoka, Japan), the entire scion is wrapped in Parafilm, and the newly grafted koa is covered lightly in tin foil for the first week after grafting. For this study, we wanted to 1) verify and quantify the koa grafting techniques from Earnshaw & McKenna (2018); 2) test whether the use of a mechanical top grafter (A.M. Leonard Inc., Piqua, OH, USA) could maintain the performance of an expert grafter employing a whip and tongue graft technique; and 3) test whether these techniques were applicable to contrasting ecotypes (wet vs. dry).

Preliminary results suggest no maturity (true leaves only vs. phyllodes) effect, no size effect, no interactions between factors, no effect of grafting method, and no effect of source. The mechanical grafting method has averaged a 55% success rate, while the whip and tongue method has averaged a 60% success rate, where these results are not significantly different. The dry site population, from Kona Hema Nature Preserve on the Island of Hawai‘i, and wet site population, from Umikoa on the Island of Hawai‘i, averaged 57% and 58% success, respectively, with no significant difference between the two populations.

These results suggest that the graft type and population source are not as important as the treatment of the grafted seedling and the post-graft environment.