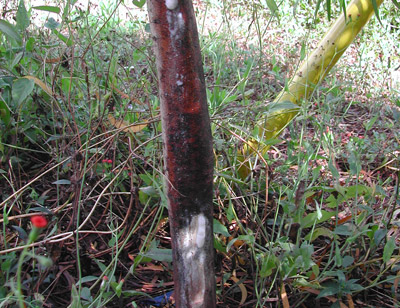 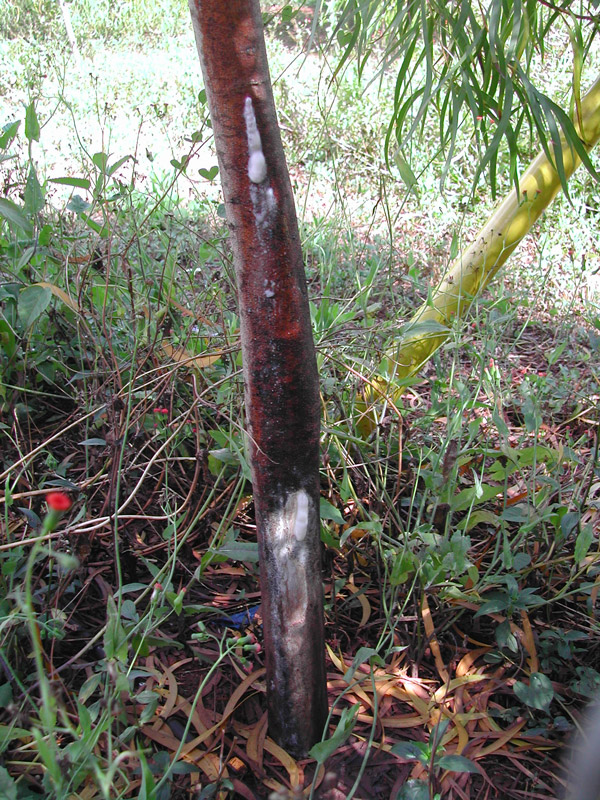 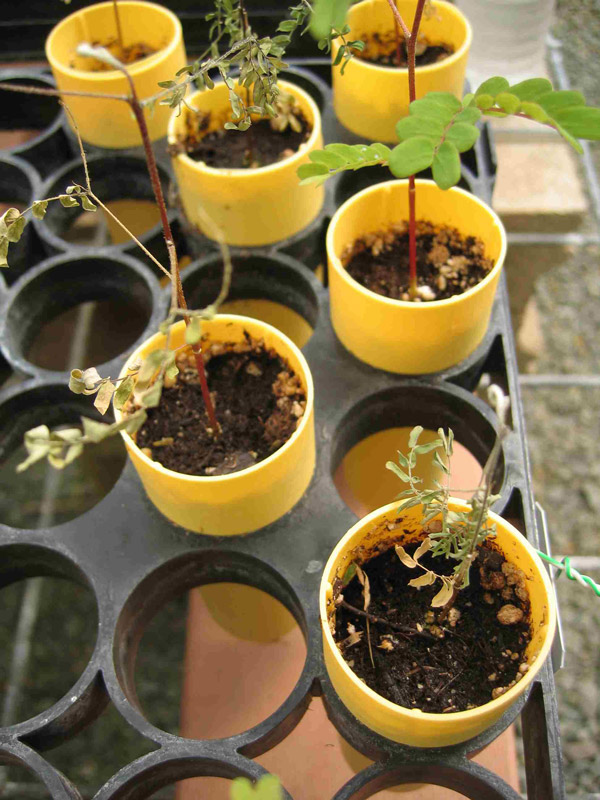 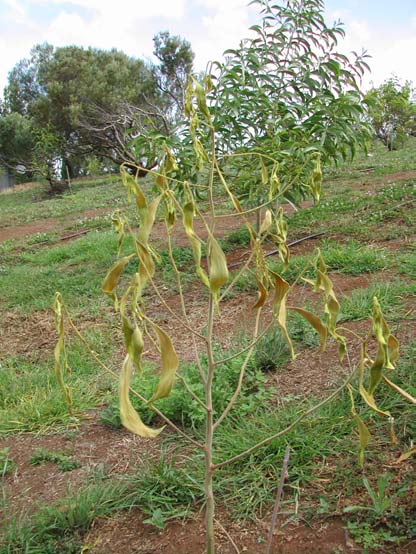 Koa wilt disease, caused by the fungus Fusarium oxysporum f. sp. koae, causes mortality of koa in native forests and is a major impediment to reforestation with this species. The Hawaii Agriculture Research Center (HARC) conducted a disease survey on the four largest Hawaiian Islands and developed a collection of over 500 F. oxysporum isolates. HARC has screened over 150 of the isolates for virulence in koa, and selected the ten most virulent isolates to use for screening young koa seedlings for genetic-resistance to the fungus.

HARC then collected koa seeds from native forests and koa plantings on Hawaii, Maui, Oahu, and Kauai.  From these collections, HARC screened over 450 half-sib famlies (seeds from the open-pollinated same mother tree) in greenhouse seedling trials.  Seedlings are screened by inoculating soil with highly virulent strains of fungus. By recording the survival of inoculated seedlings for 90 days, HARC can identify famlies with high resistance frequencies (i.e., lower percent mortality) to F. oxysporum. In recent trials, the average mortality level was for a family was  60%, but the mortality ranged from 4%-100%. This wide variation among families in susceptibility to F. oxysporum suggests that resistance is an inheireted trait under genetic control. Families with increased resistance frequencies are candidates for planting in field trials and seed orchards to produce improved seed.  In 2012, HARC established two seedling trials to evaluate resistance in the field. The Hawaii Island trial incorporates twelve high-surviving families selected from neighboring populations on the southern flank of Mauna Loa.  The Oahu trial incorporates 34 high-surviving families originating from various ecoregions in the Koolau Mountain Range on Oahu. Additional field sites are scheduled for installation by HARC staff on Maui and Kauai.  If the selected families perform well in the field trials, the trials will be converted into seed orchards.  Seed orchards will be home to highly resistant, ecoregion-specific koa available for use by the public to support the forest product industry in Hawaii, restoration, and other applicable practices. Continued screening of additional koa families for pathogen resistance, retesting families, and developing additional improved seed orchards are planned.