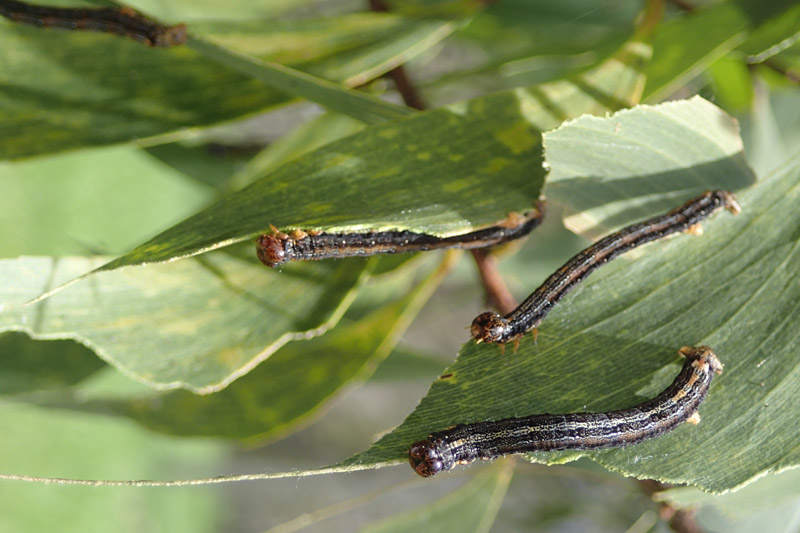 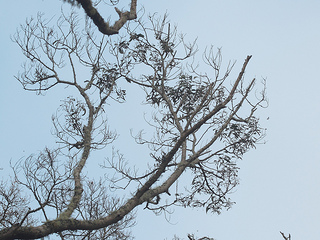 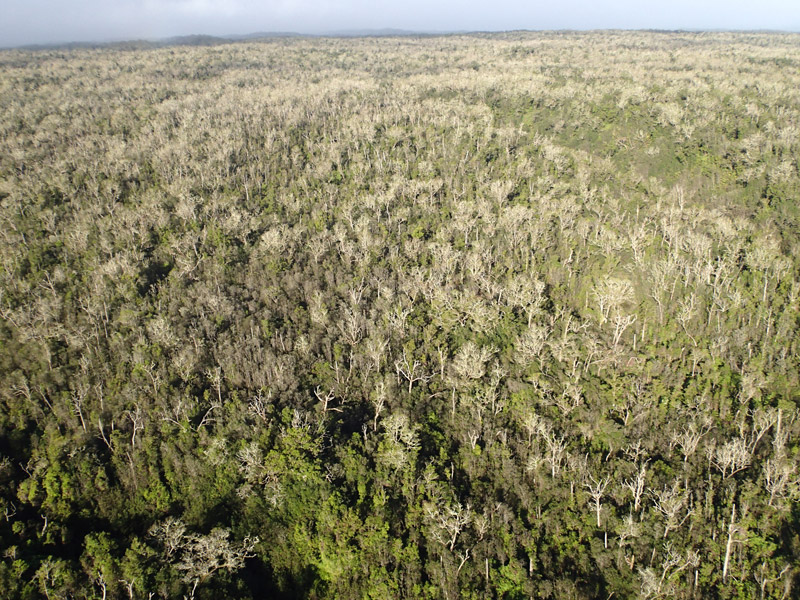 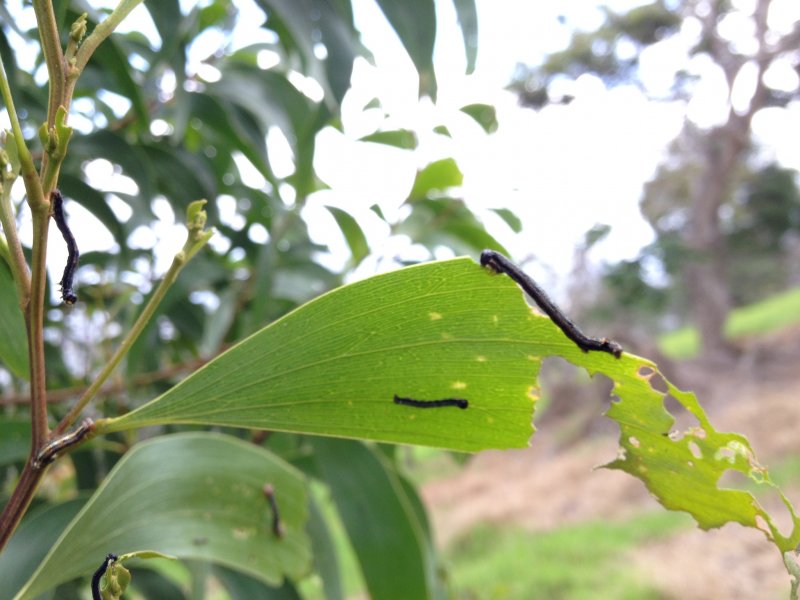 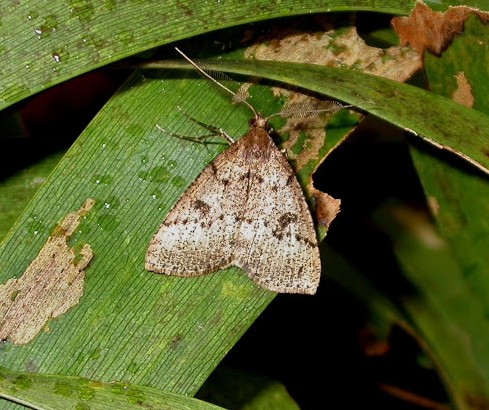 The native koa looper moth (Scotorythra paludicola) has given foresters a scare on the island of Hawaii this year, defoliating over 50,000 acres of koa forest. The outbreak of these small, leaf-devouring caterpillars was first noticed in January 2013, although it likely began a month or two earlier. The insect is normally present at low levels but, for unknown reasons, populations occaissionally explode, leading to wide-scale koa defoliation. This is the largest recorded outbreak and the first on the Hawaii island since the 1950’s, although there have been several outbreaks on Maui more recently.

The island of Hawaii has the largest tracts of intact koa forest left in the state. Fortunately, infested trees have already been observed re-sprouting leaves in the original infestation area in the Hamakua and Laupahoehoe areas. In past outbreaks, most trees have recovered. It’s hoped that the same will occur this time. However, in one documented case on Maui during the 1970’s, 30% of trees included in a forestry study died following a series of repreated outbreaks. Researchers speculated the high mortality was due to the dense and stressed conditions in the stand (Stein and Scowcroft 1984). After a more recent outbreak in Haleakala National Park on Maui, researchers saw near complete recovery of the forest canopy.

Foresters are currently monitoring whether the refoliated trees will get hit a second time by the caterpillars or whether the population will crash as in past outbreaks. It is unknown what causes the moth outbreaks to end, but parasitism or disease likely play a role. The koa psyllid, which arrived in Hawaii in the 1960’s, prefers young foliage of terminal branches and could flourish in a refoliating forest. This raises concerns over interactions with invasive species not present during earlier outbreaks. Invasive plants in the understory such as strawberry guava and clidemia could quickly respond to increased light levels and the nutrient pulse from insect frass, increasing their foothold in native forests.

For young plantations that are unlucky enough to get defoliated, growth rates will likely decrease for a year or two, but vigorous trees are expected to recover. It is not known whether the defoliation will harm tree form, but a secondary infestation by the koa psyllid would be very damaging for commercial plantations as this insect destroys the terminal shoot of young trees. Nothing is known about the interaction of the two species, but we are witnessing an ongoing experiment and are documenting this aspect as well as other characteristics of the outbreak.

Entomologists at UH are investigating the biology of koa moth outbreaks, including the role pheromones play in adult moth behavior. Females have been observed congregating in large clouds outside defoliated areas, perhaps leaving the males behind after mating. The role of pheromones could help explain dispersal patterns as well as offer tools for managing future outbreaks if the moths were determined to be deleterious to koa forests (ecologists believe the role of moth outbreaks might be an important disturbance promoting healthy stand development, as well as a valuable food source for remaining forest birds and the Hawaiian hoary bat, Hawaii’s only native mammal).  Mating disruption with pheromones could offer managers a way to slow moth outbreaks and protect commercially valuable koa stands in the future.

For more information and updates on the current koa moth outbreak on the big island, please visit Hawaii Division of Forestry and Wildlife website.