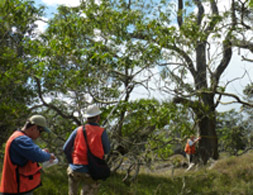 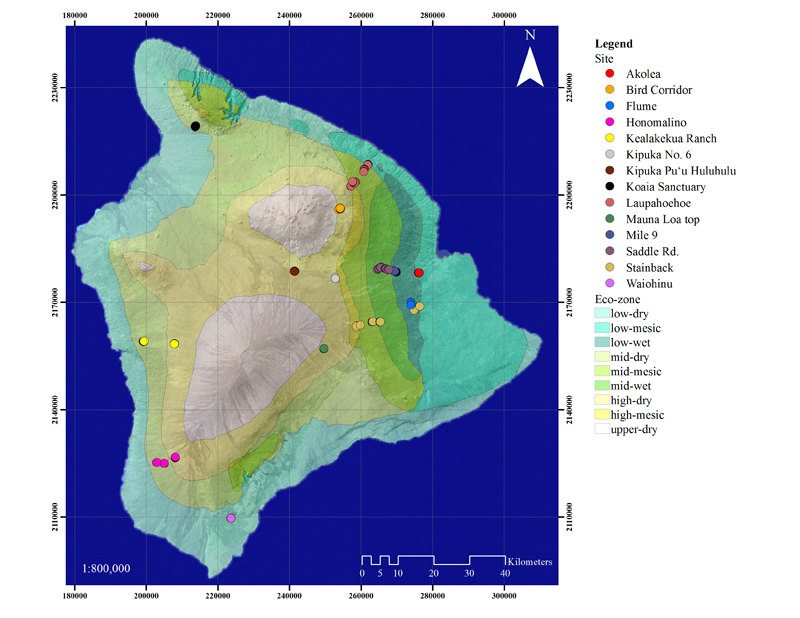 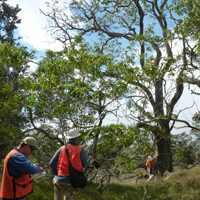 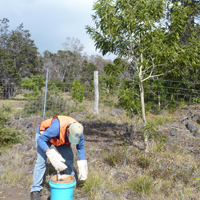 Successful reforestation of native Hawaiian forests requires using genetically appropriate seed sources. To date, we have had little information about the genetic basis of adaptations to environmental conditions for native trees. This study aims to identify the genetic adaptations of koa trees to environmental conditions in different ecosystems in Hawaii. By looking at the way gene expression varies among individuals and populations across environmental gradients, we can infer the role genes play in plant adaptations to local conditions. RNA sequences show which genes that are contained in the plants' DNA are expressed at a particular time in a given individual. We can then compare this genetic expression among forest stands and among individual trees within each stand to understand more about the potential adaptability of koa trees to environmental conditions. The adaptability potential of different populations is useful for mapping seed sources. One product of this research will be a koa seed source map that can be used by landowners to facilitate restoration by matching genetic fitness to local sites.

Researchers at Purdue University are currently isolating the RNA from koa leaf tissue collected from several forest stands on Hawaii Island. To ensure that we obtained representative samples along temperature and precipitation gradients, we conducted an analysis of eco-zones of Hawaii Island and divided the island into elevation and rainfall zones (see map). We then located koa stands to be sampled in each zone where koa could be found growing in natural (not planted) stands. To preserve RNA for later extractions, each leaf sample must be immediately frozen using liquid nitrogen. This involved driving large dewars of liquid nitrogen over rough roads and collecting samples with a stopwatch to time collection tree to liquid nitrogen (http://youtu.be/Z09vmEYYgvI). Altogether, we have collected 285 koa leaf samples from 13 stands located in 8 eco-zones (see map).

Using Next-Generation Illumina Sequencing technology allows us to sequence RNA from across the entire genome. We will then apply geostatistical analysis tools to identify the genetic differences in a geographic context. The results of genetic cluster analysis will help to identify the adaptive potential of populations to specific eco-zones. Shaneka Lawson presented preliminary results in a poster at the 2014 Hawaii Conservation Conference. These results show that there is substantial variation among koa populations in the expression of genes related to responses to environmental stress across the elevational gradient.